My name is Ahmad, which means [The most] Praised in Arabic, I came up with Laitalein from Laitalë + in, but I'm not sure about it. /ligh-ta-len/ , igh=eye sound. Or maybe Laitë, or Laitëa, following the example of the word airë=hallowed.

Any experts here can help me please? 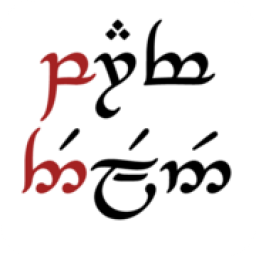 I have discussed your question with a group of lambengolmor and we have decided on the following suggestions: Laitano, Alaitano or Allaitano.

The asterisk denotes that the name, in this case, was not invented by Tolkien. It is not part of the name, and is only relevant to linguists who examine words in a context where attested (Tolkien invented) words are combined with fan-inventions.

I'm not too familiar with forming Quenya compounds: so I attempted a transition to Sindarin. As it would go pretty much without saying, take it with a grain of salt as I can't ever be 100% confident. This is tentative pending a yay or nay from someone more experienced.

The closest I could get to Quenya would be something like *Ontarénis but I have pretty much zero confidence in this.

According to Wikipedia, Natalia is a female given name with the original Late Latin meaning of "Christmas Day", which fits quite nicely with "Day of Birth", as you said.

Unfortunately, there is no current, attested word for "birthday" in Quenya. However, Qenya, an earlier version of the language, has nosta "birthday":

To this, you need to add a female suffix, such as -sse, -si and ni, of which I think I prefer the foremost:

Remember, this is Qenya. Quenya would require neologisms.

Does anyone know what a translation of “Courtney Elizabeth” would be? Courtney I have read means “court attendant / from the court” or could mean “short nose” or descending from someone in Courtenay France or a place in Ireland I believe.... Recently saw a definition that said “dweller by a dark stream” but have no evidence for that. Elizabeth means “My god is my oath / abundance” - Google will probably reveal more. If anyone has expertise in translating names it would be much appreciated! 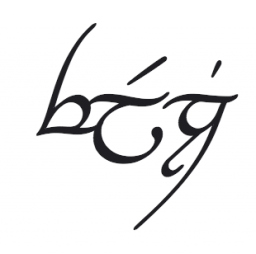 I have two different names. One is Sindarin, the other is Quenya.

Sindarin: I could not find any names with "from the court," but I found "Arphen" and "Rodwen" that mean "noble one." "Elizabeth" has a direct Sindarin translation. It is "Eruwesten." There are two other forms - "Eruwesteniel" and "Eruwaedhen" - if you also want those.

None of those Sindarin "Eru-" names actually work in Sindarin. The one with "-iel" exceeds the limit of four syllables, and they all show a possessive pronoun (with implied copula!) which is unheard-of in Sindarin.

Names with meanings like "my God is gracious" should be translated like "(The [son/daughter] of the) Grace of God" or literally "God-grace(m/f)". In this case both "abundance" and "oath" encounter issues (long story). So I think that "grace" can be used instead, since it is somewhat related to abundance, as in God's being gracious and granting gifts. Eruanwen "God-grace-maiden" would work in both Quenya and Sindarin.

Also, arphen is a common noun, and these cannot be used as names without further modification. Rodwen "Noble Maiden" does work, having already been used by Tolkien as a feminine name.