Aredhel's name in Valinor used to be Írissë. In Sindarin this name was Íreth. The name Aredhel means "Noble Elf" in Sindarin, and is probably an epessë acquired later.[source?] Note on pronunciation: Aredhel should be pronounced ar-eth-el (hard "th"), not ar-ed-hel. 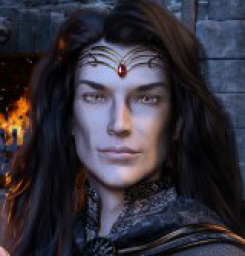 Why does this say (hard "th") when LotR Appendix E Writing and Spelling, Consonants, says for DH "represents the voiced (soft) th of English 'these clothes'. Is this a misprint or was there a new rule that affects he pronunciation?

Perhaps because what Tolkien considered soft/hard does not match what the (modern) English speakers call soft/hard? Note that Tolkien wrote "voiced (soft) th" and indeed, in his English orthography for Sindarin, "DH" represents the voiced dental fricative. So, to Tolkien (or perhaps to all English philologists of his time), voicedness seems to have been considered "soft". Meanwhile the modern speakers consider the same sound to be "hard" rather than "soft", as shown in the linked image, and this entry (imported by Tolkien Gateway) seems to have been tailored to them instead.