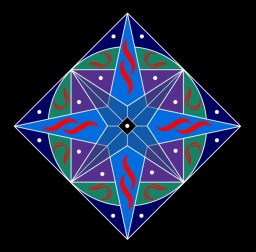 A collection of links and resources about Elvish in case you are unfamiliar with our community.

The Courses below are good, but outdated to some extend by new publications of source material:

There are many other resources for beginners available on the internet, but generally they can’t be recommended: Usually they are part of fan sites that wanted to offer Elvish sections after the release of Peter Jackson’s movies and were compiled from earlier versions of the courses above often with an incomplete understanding of them. However, if you encounter a particularly promising-looking course that is not listed here, feel free to ask about it.

And What About Books?

Most books published on Tolkien’s languages are problematic in some ways.

German books: unfortunately, those can’t be recommended either: